Anyone with a rescue dog will be quick to tell you how much a rescue has changed their life. Giving second chances to disadvantaged dogs is a reward in itself, not to mention the love and appreciation rescued pups give us. Yet while millions of dogs live in shelters, a large portion of dog people continue to buy designer or purebred dogs from breeders. The trend is in decline, but the issue remains.

At least some lawmakers are working to fix it. In New York state, a new law under consideration attempts to encourage the “adopt don’t shop” mentality. The law states that anyone who adopts a dog or cat from an animal shelter will be given a $125 tax credit per animal adopted. 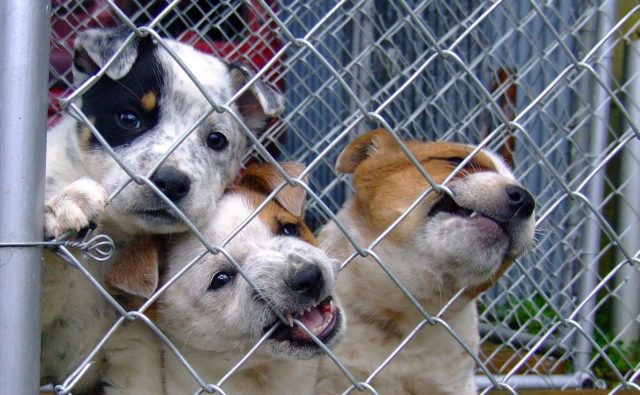 The credit only applies to domestic animals like dogs and cats, so you won’t get money for adopting a gator or anything like that. The law was designed to cover the cost of standard adoption fees and ease some of the financial burden.

Ideally, the new law will encourage people to rescue animals in need of homes rather than purchasing animals from breeders. As to whether the bill will also allow rescue organizations or people who previously rescued animals to receive tax credits, that remains unclear. Everything is still in the early stages.

Adoption VS. Purchase: By The Numbers

Data gathered by the American Pet Product Association estimates that about 78 million dogs live in homes throughout the United States. That makes for approximately 44% of all U.S. households with dogs. While about 23% of those dogs are adopted through rescue organizations, a greater 34% still come from breeders. That means millions of dogs!

Sadly, the APPA’s data also found approximately 1.5 million shelter animals are euthanized every year (670,000 dogs and 860,000 cats.) If more states were to consider laws like the one proposed in New York, this number could get significantly lower. The process becomes a cycle: more animals get adopted leaving more room in shelters for others in need.

There’s no simple answer to this question, but a lot of evidence points to yes. Many shelters that take part in “Clear The Shelters” events end up rehoming dozens of homeless dogs. “Clear The Shelters” events include reduced or waived adoption fees for available animals. In 2019, 40 Chicago shelters participated in such events. 1,632 animals were adopted in a single day. One organization, McHenry County Animal Control, even adopted out all their remaining dogs!

It appears that cost may be a factor for many potential adopters. If this bill passes, that could become an issue of the past.