People are coming home from vacations with non-traditional mementos of their time abroad.  Rather than a keychain or some local candy, travelers are welcoming locals strays to join them in their lives back home. The process can be lengthy and not kind to your bank account, but it’s worth every penny.

These pups that people stumble across often are malnourished, neglected, abandoned, and abused. Cultures vary around the world and unfortunately, dogs are not always held in the same regard from one country to the next.

According to the Animal and Plant Health Agency, 34,144 dogs were brought into just the U.K. last year, including dogs who were being rehomed from rescues. Dogs are often quarantined for months at a time and the costs are hefty for vaccinations and medical tests before being allowed entry to their new home. Max – Saved From a Chilling Fate

37-year-old Alex MacDonald rescued Max, a Husky-German Shepherd Mix from Hanoi, Vietnam. Alex had been there taking a break from his time as a pilot. Max was just two months old when Alex found him with his back legs tied together. He was bound together to prevent him from running away while he was fattened up to be eaten. The harsh truth is that dogs are considered a source of food for human consumption in Vietnam.

Alex couldn’t leave the helpless baby alone to suffer such an unsettling fate.

He told Daily Mail, “I knew I wanted to help this little dog. There was no life in him. His ears were down and he was just lying there with his legs splayed out. It was heartbreaking to see. I gave him some food and water and for the first time, his tail started to wag.”

Max’s new dad spent over $2,000 to bring Max home. The money went towards blood tests, vaccinations and therapy to help him recover from the horrific life he had known. Alex says it was worth every penny!

“He’s a very different dog from when I found him. He loves to walk, to sit with me, and sleeps in my room. He does, however, suffer from separation anxiety and is like my shadow, but I don’t mind. I would be lost without him.” 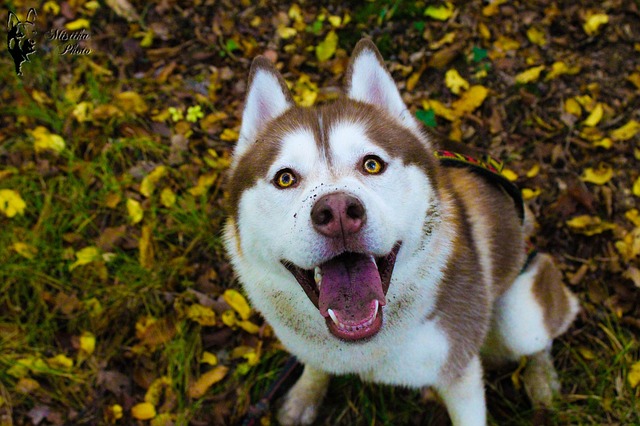 Paris Dewhurst was vacationing in Greece when she saw a dog dodging traffic on a busy road. She knew she had to act fast. Paris and her boyfriend, Levi Ellis, found the scared pup hiding by the road.

“I knew I couldn’t leave him. He was so thin and covered in sores. He could hardly stand he was so malnourished,” Paris told Daily Mail.

The daredevil dog was in such bad shape that the hotel Paris was staying in refused to let him in. He was covered in sores and was so malnourished that he could hardly find the strength to stand.

Paris searched for help on social media and was able to find an agency called Zante Strays that agreed to help her get the pooch home. She named the dog Troy and snuck him burgers from the hotel buffet to keep him alive until he could come home with her. Paris then tied Troy to a tree each night around 1:00 am and left him water and a towel to sleep on.

“I returned at 5 am and couldn’t believe what I saw. He had bitten through the rope but was sitting, waiting for me. He wagged his tail when he saw me. I cried and hugged him. I knew it was meant to be,” said Paris.

Troy made the 2,000 mile trip from Greece to his new home in England where he now has brothers and sisters to play with all day long!

Amanda Williams was on vacation with her family in Turkey when a scruffy terrier stole her heart. The family of four was enjoying their last night of vacation while they waited for their hotel entertainment to start. A disheveled, light brown terrier wandered over and climbed into Amanda’s lap and it was love at first sight.

“She was just an adorable little thing, so calm and gentle. Thin, scruffy and clearly desperate for love. I asked in the hotel if they knew who I should speak to about adopting a dog. Luckily, there was a man who knew an animal shelter,” Amanda’s husband, David, told Daily Mail.

The family had to fly home the next day but they weren’t giving up. They named the dog Sandy and left her in the care of a local shelter until they could arrange to bring her home. Sandy had to receive vaccinations before she could make the trip. Just one month later in July of 2017, Sandy’s new dad made another 2,300-mile trip back to Turkey to bring her home.

“The journey took three days and cost £1,000. But she’s just a joy, so full of affection,” David told Daily Mail.

The family adored Sandy so much that they decided to welcome another fur baby from Turkey into their home! 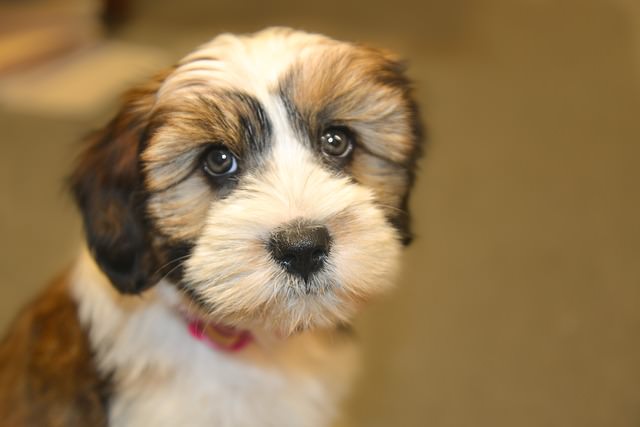 Emma Rosser and her husband Cyle were seven months into a ten-month European journey in their camper when four-legged fate walked into their lives. The couple was enjoying the sunset on a deserted beach in Greece when a stray dog wandered up and sat beside them in the sand.

Emma told the Daily Mail, “He looked like a golden retriever who’d been shrunk in the wash,’ she said. ‘It was as if he was a gift from the universe for my birthday. He circled on my lap and didn’t seem to belong to anyone. I began to fall in love with him.”

The couple took the young pup to a vet and found out he was just a baby. The ten-month-old puppy was treated for fleas and ticks, given a microchip and brought up to date on his shots. His new mom and dad gave him the name Hercules, fitting for the location he was found along with his strength and determination.

Hercules joined his new parents on the rest of their trip through Europe before settling into his new home in Wales.

Lucy – A Puppy in the Rough

Maureen Webb and her husband were exploring the Greek countryside when they heard a tiny bark squeak out of a bush. The couple discovered an emaciated puppy desperately panting in the intense heat.

“The puppy was just cowering there. Her tail had been pulled off and she was just skin and bones,” Maureen said.

Maureen and her husband, Gavin, were able to gain the tiny puppy’s trust. They carried her 10 miles back to their hotel and worked on finding a shelter that could take her in. There was just one problem- they couldn’t stop thinking about her!

The vet had told Maureen and Gavin that the baby was so malnourished that she probably wouldn’t survive the night. Against all odds, the determined girl pulled through. The couple paid to have her vaccinated, treated for worms and microchipped before bringing her back to their home in Yorkshire.

They named her Lucy and after a month at the shelter, Lucy was strong enough to be flown to Paris and then driven to Kent to meet up with her new parents.

“When we collected her, she was terrified… Now, when I walk through the fields, she’s always nipping at my wellies and running around. She is so happy,” Maureen said.

The fairytale endings for these babies just goes to show that you find love when you least expect it. No price, distance or obstacle is too much to overcome when there are four paws waiting for you on the other end.