A muffled bark, the slight shaking of a suspicious-looking package—families everywhere will wake up Christmas day to a special Christmas puppy. Children will squeal with glee, and even adults won’t be able to resist the magic of a cute bow-wearing puppy scampering around the Christmas tree. It’s the kind of holiday scene fit for movies and commercials, but no one ever shows what happens once the bow comes off and the holiday season ends. Giving pets as presents is an issue the animal welfare community has been dealing with for generations. While a dog finding a loving family in time for the holidays is never a bad thing, there’s more to the picture than smiling faces and wagging tails.

For years, animal shelters and rescues have been aware of the consequences of impulse puppy shopping. The same Christmas puppies that bring so much joy on Christmas day grow into full-time commitments their families aren’t prepared for. The scene of happy children frolicking in the snow with a tiny puppy soon turns into urine-stained carpets and chewed up couch cushions. Many of those puppies are banished to the backyard, and others end up at the shelter. There’s no denying that a spur-of-the-moment decision to bring home a dog for Christmas is potentially problematic. Animal shelters urge families to make sure they’re ready for the responsibilities before they commit to a furry Christmas surprise.

All of that urging, however, doesn’t seem to make a difference. When the holiday magic wears off and families go back to normal lives and busy routines, countless Christmas puppies pay the price of someone else’s well-intentioned, but poorly planned, Christmas gift. Since spreading their warning message doesn’t seem to work, many animal shelters and rescue organizations turn to a different tactic. They suspend adoptions during the holiday season in an attempt to save dogs from the stress and confusion of being given up only a few months later. While the intention to save shelter dogs from unnecessary disappointment is genuine, not every animal advocate agrees with such an extreme measure. 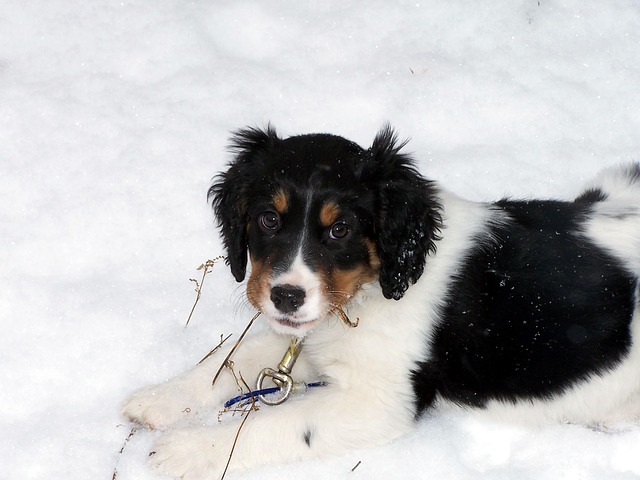 On the opposite side of the spectrum, some shelters promote the idea of giving dogs as holiday presents. With children out of school and adults taking time off work, the holidays are potentially an ideal time to welcome home a new dog. As long as there are no holiday travel plans or stressful family gatherings, the holidays give people a chance to slow down. Or in the case of a new dog owner, it gives them the chance to help their new pup settle in.

“The old policies of not adopting around the holidays are considered outdated given that work schedules and family dynamic are very different these days. Why create roadblocks where there need not be? Accordingly, we’ll be ushering in happiness and joy, shrieks and laughter, maybe a tear or two, by delivering pets on Christmas morning.”

Janetta Harvey, writer for Positively, recognizes the need for change, but she also draws attention to a different aspect of the Christmas puppy problem—the support of puppy mills. She thinks shelters are the solution. To make their dream of a surprise Christmas puppy come true, many families (either knowingly or not) turn to puppy mills and backyard breeders. In a hurry to find a puppy in time for the holidays, they put their money into a market that thrives on cruelty and abuse. Families don’t realize their puppy’s mom is confined to a cage and produces litter after litter for the point of profit. They don’t know the money they spent on their adorable new puppy will go toward perpetuating the cycle of cruelty and ensuring animal shelters never catch up to the demand of unwanted dogs. 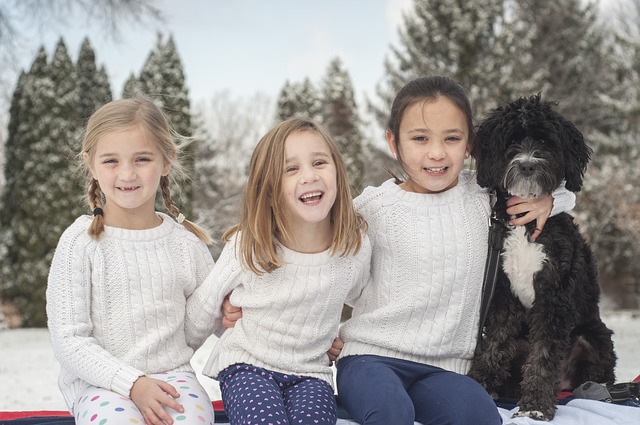 In Harvey’s opinion, families are going to continue buying dogs as Christmas gifts no matter what. And when shelters suspend adoptions, they have no choice but to look elsewhere. But what if shelters encouraged holiday adoptions? Instead of people resorting to backyard breeders, they could adopt from shelters. She suggests shelters should take advantage of the Christmas puppy idea and use it to help shelter dogs find new homes. She says,

“Radical it may be to grasp the nettle, but if we accept the fact that people want to bring a dog into their lives, and the holiday season might be a good time for them to do so, we can educate them on finding their perfect one in rescue.”

Shelters across the country share Harvey’s opportunistic idea, and they fully promote adoptions during the holiday season. The key to making sure those adoptions don’t turn into future surrenders seems to be in a shelter’s adoption process. Debra Tranter, founder of the Australian campaign group Oscar’s Law, told Harvey,

“We’ve never felt it necessary to suspend rehoming during the holiday season.  Our interview process, and pre-adoption home visit eliminates the possibility of “impulse” rehoming. Our requirement that all family members meet any animal before adoption rules out the surprise present.”

As long as families have seriously considered the commitment dogs entail, Harvey and Tranter agree that the holiday season can be an ideal time to adopt. The shining image that is the Christmas puppy doesn’t have to end in a sad trip back to the shelter. With the right approach, it can be the start of a beautiful new friendship.

What do you think? Should animal shelters suspend adoptions during the holidays, or should they promote them?