Todd Johnson is a resident of Keller, Texas, a suburban area near Dallas. Johnson resides in a minivan that he parks at various locations around town. He is a member of a fitness center where he exercises and uses the shower facilities before heading off to work. A fellow gym member, Patti Tavlian was walking into the gym when she noticed something inside the minivan. What she saw moved her enough to reach out to her neighbors via NextDoor, a private social network for neighborhoods.

“There is a homeless man that lives in his car,” she wrote. “He owns a large, white Great Dane who is horrifically malnourished and even has trouble walking at times… I contacted animal control and they said they would send someone to check…. The dog is in dire need of help…. Thank you neighbors.” 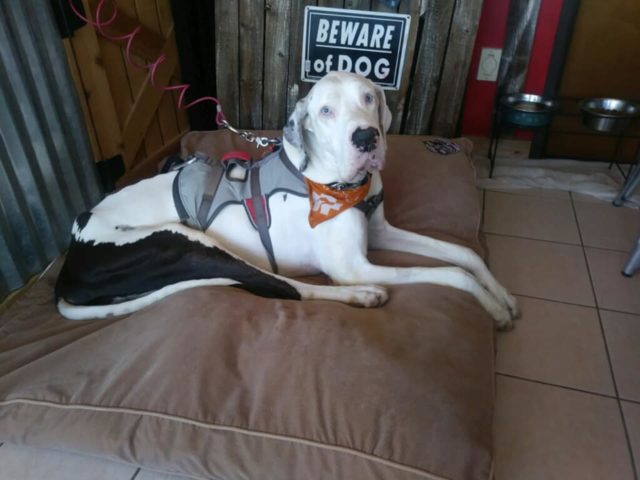 Things Are Not Always What They Seem

An animal control officer made a visit to Johnson and learned the real story. The Great Dane’s name was Samson and he wasn’t being malnourished or mistreated in any way. He was actually dying of cancer. Johnson revealed to the animal control officer that one of the reasons Johnson was living in his minivan was because of Samson’s medical expenses.

Johnson had been paying for medical treatment, special food, and doggie day care at the now shuttered Mutt Shack while Johnson was at work. Patti Tavlian told Dallas News, “We found out he had cancer. He wasn’t being mistreated. What we found out was that he was treated better than most people.” 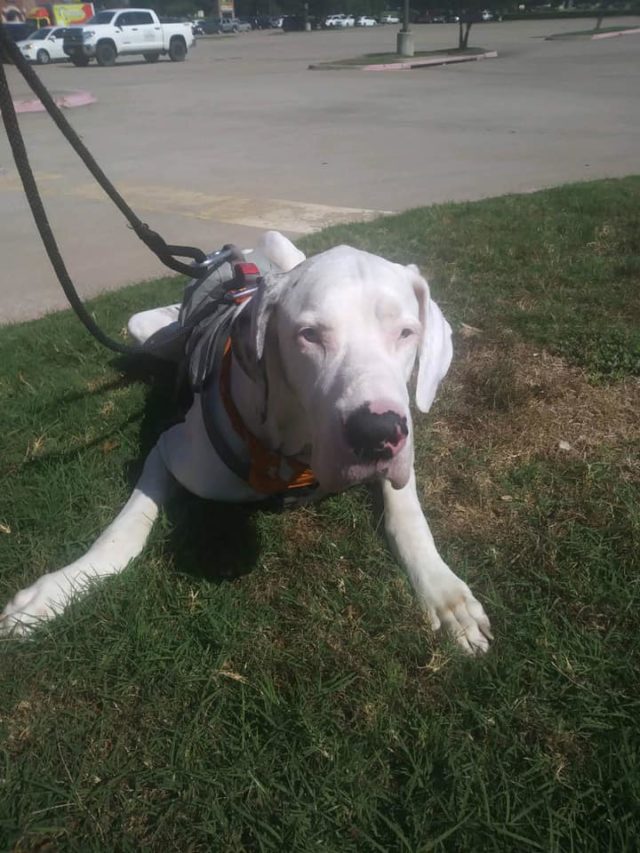 Once neighbors learned of Samson and Johnson’s actual situation, they were eager to help both of them. People started dropping off dog food and other supplies at Johnson’s minivan. He’d come back and find these mysterious gifts left for Samson and be utterly baffled. He does not use NextDoor so he had no idea why these donations were happening. He told Dallas News, “I’d wake up, and there’d be dog food by my door. I knew something was going on, but I didn’t know what it was.” 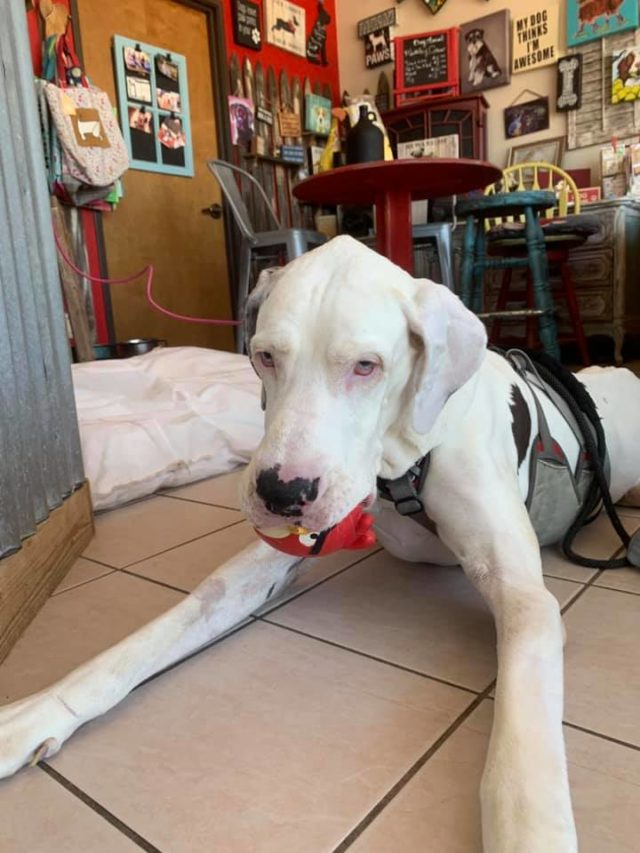 With the help of about 50 neighbors, nearly $3000 were raised for Samson. The funds were used for surgery that was performed at Colleyville Animal Clinic. Knowing that recovery would be difficult inside the minivan, funds were allocated to house Samson and Johnson in a Motel 6 for a couple of weeks. Sadly, despite having surgery Samson succumb to his cancer and died. The group used more of the funds raised for Samson for end of life care. The 10 year old Great Dane was cremated. Johnson says that things are lonely now without Samson by his side. The remaining $1200 was turned over to a local rescue group Trinity GAP Rescue.