Darren Harris, a 22 year old man from Yonkers, NY, had never had a dog before. His first was an English Bulldog named Enzo. He absolutely adored and loved him, looking at Enzo like a son. He took Enzo, just 10 months old, to the groomer at PetSmart in Pelham. About 30 minutes later he received a call from the store to “come quickly.” Shortly after he and his mother Tabitha Harris arrived on the scene, Enzo died before their eyes, breaking their hearts and leaving them desperate for answers.

PetSmart says that they followed this procedure and as soon as Enzo showed signs of distress, the grooming was immediately stopped and Enzo was taken to the vet, located in the Banfield Pet Hospital inside the store. They say that they gave Enzo oxygen therapy, sedation, and CPR but the fact remains that Enzo died. 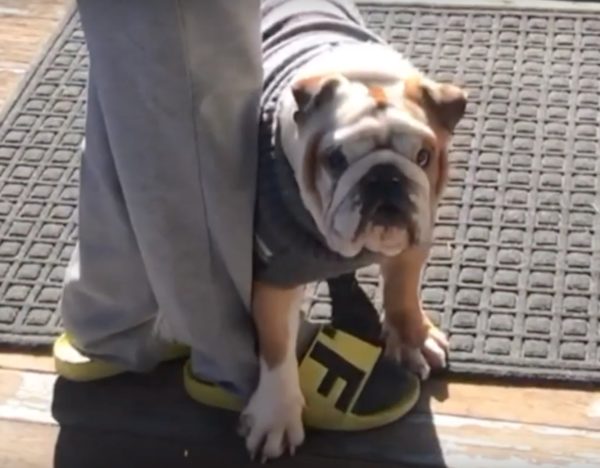 PetSmart appears to be hanging the blame on an existing kidney condition Enzo was previously diagnosed with by his primary care veterinarian. Dr. Richard Jakimer, the owner of Manor Veterinary Clinic in Pelham, NY, who diagnosed and cared for Enzo contends that is not the case.

He told Pix 11, “Kidney failure usually takes a long time. There are signs of illness. The dogs won’t walk, doesn’t want to eat, will vomit. Enzo was not exhibiting any of those signs. Kidney disease, especially in the state Enzo was in, would not lead to an acute death. It was pretty much incidental at the time.”

The Harris Family Has Huge Doubts

Without a necropsy (an autopsy of an animal) we will never for sure the cause of Enzo’s death, but the Harris family has serious doubts that PetSmart handled the situation appropriately. Tabitha Harris told Pix 11 that everyone she encountered, including the vet, seemed lost and didn’t seem to know what to do.

“Enzo was running back and forth because he was in such a panic because his throat was closing up on him,” Tabitha Harris said. “I don’t know how well equipped they are to deal with English Bulldogs.”

The Harris family is convinced that Enzo’s death was entirely avoidable and have filed a suit against them in small claims court. 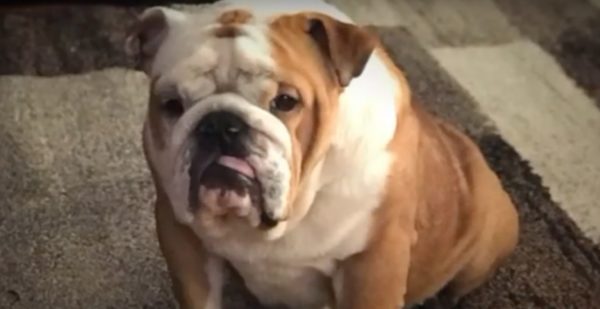 PetSmart Has a Long List of Similar Complaints Against Them

An investigative report by NJ.com published last year shows a host of similar complaints against PetSmart. All told, from 2008-2018 there have been 47 dogs in 14 states that died during or shortly after being groomed at PetSmart stores. We aren’t talking about an isolated incident here. Not by a long shot. Interestingly, 32 of those cases occurred after the chain was bought out by a private equity firm in 2015.

Our hearts go out to Enzo, the Harris family, and all of those who have suspiciously lost their dogs after a simple grooming service at PetSmart. We hope that the Harris family finds the answers they seek in their case against the retailer.